Protein yielding feed ingredients are the second largest component and one of the most costly components in broiler diets. Soybean meal (SBM) is considered to be the preferred vegetable protein ingredient due to its highly digestible amino acid profile, as well as it’s more favorable energy and crude fiber content compared to other oilseed meals (Willis 2003). However, when included into diets at high amounts (>30%), SBM contributes multiple anti-nutritional factors (ANF) at a considerable level that can have a detrimental effect on the development and growth of broilers resulting in reductions of performance and feed efficiency.

To alleviate the negative effects of soy ANFs, one nutritional strategy is to include non-SBM protein alternatives at the expense of SBM. Alternative protein ingredients can be derived from both animal and vegetable sources. Porcine meat and bone meal (MBM), corn gluten meal (CGM), and distillers’ dried grains with solubles (DDGS) are alternative options that have been used in dietary formulations for multiple reasons such as the availability of other key nutrients (minerals or energy) or potential cost savings. However, these alternatives can present concerns of their own as they are often variable in nutritional content, can present imbalanced AA profiles, and can produce enteric disruptions (Corzo et al., 2010; Kim et al., 2012; Beski et al., 2015; Visscher et al., 2017).

This article presents the results of an experimental trial with broiler chickens fed diets supplemented with different alternative protein sources (Steed et al., 2020). These results highlight the benefits of a high-quality soy protein ingredient in young broiler diets and confirm the advantages of HP AviStart compared to other vegetable protein ingredients.

In summary, the inclusion of HP AviStart in only the starter diet (0-14 days) resulted in performance equal to or better than the inclusion of MBM, CGM, or DDGS for the entire growout period (0-42 days). Return on investment analysis of including 5% HP AviStart in the starter period (0-14 days) compared to 3% MBM, CGM, and DDGS fed the entire trial confirmed HP AviStart to have the greatest return of vegetable protein alternatives in broiler diets. 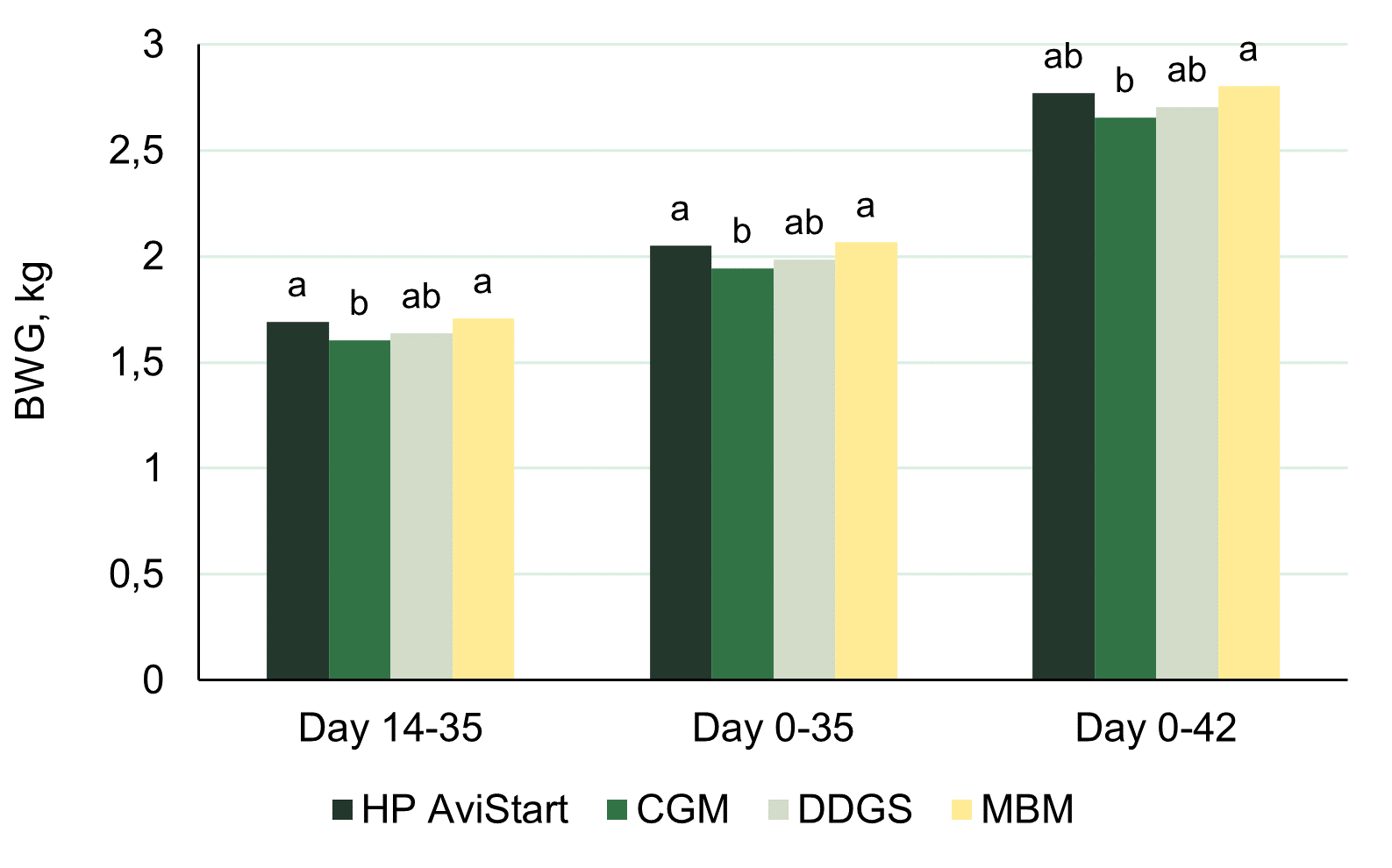 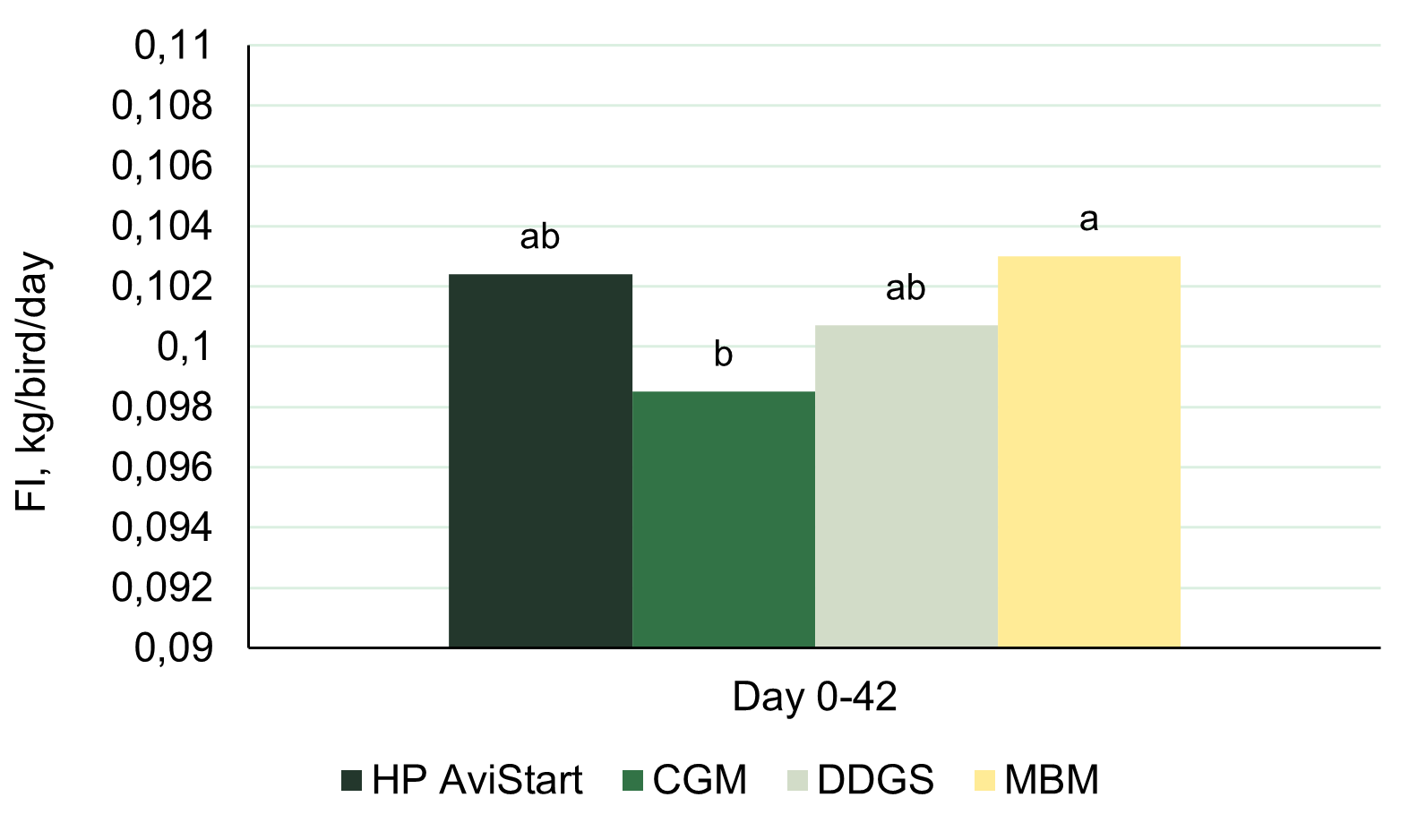 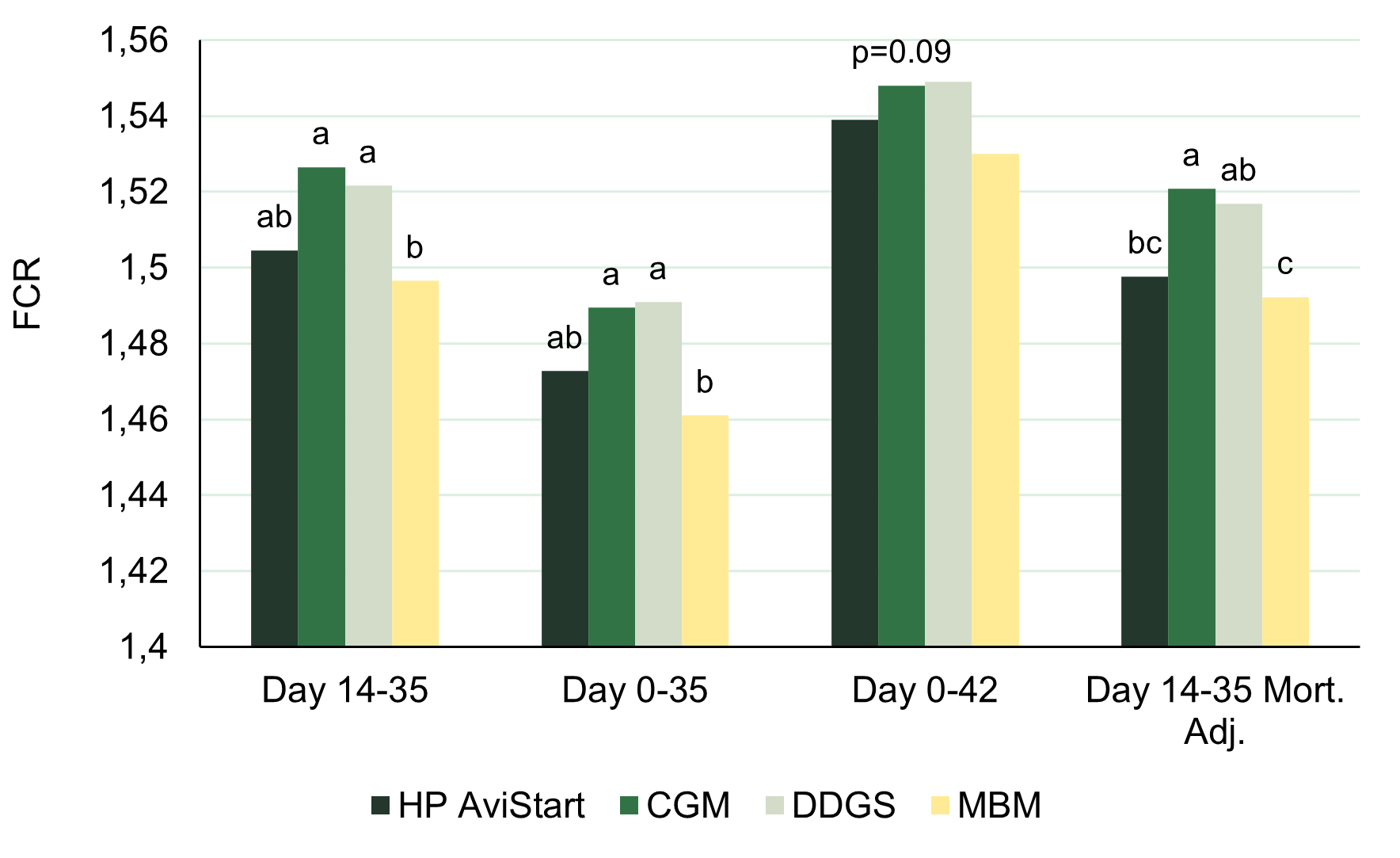 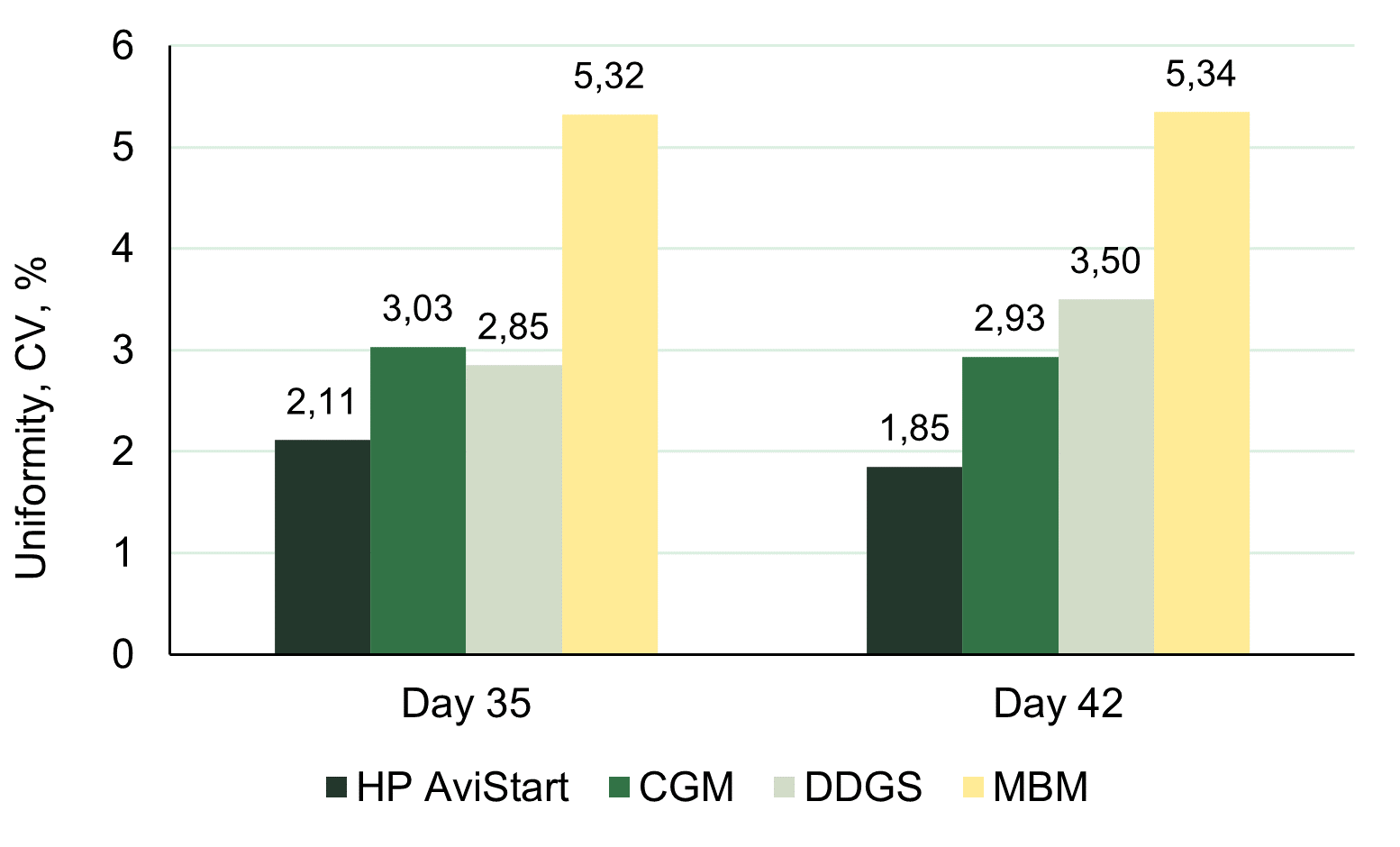 Ask Kyle about this